I’m going to predict the future here and say that this time next week, chances are that I’ll be suffering one hell of a hangover thanks to the London Beer Weekend; returning to the Free Trade Inn for it’s 3rd year.

Newcastle has been fighting its corner as being a haven for craft beeer lovers in the past few years as more and more bars have opened across the city, but it doesn’t come anywhere close to the Big Smoke.

Michael Potts the manager of the Free Trade Inn has been tantalising the North East’s drinkers’ taste buds each year since 2014 as he brings London to Newcastle for for a four day festival. 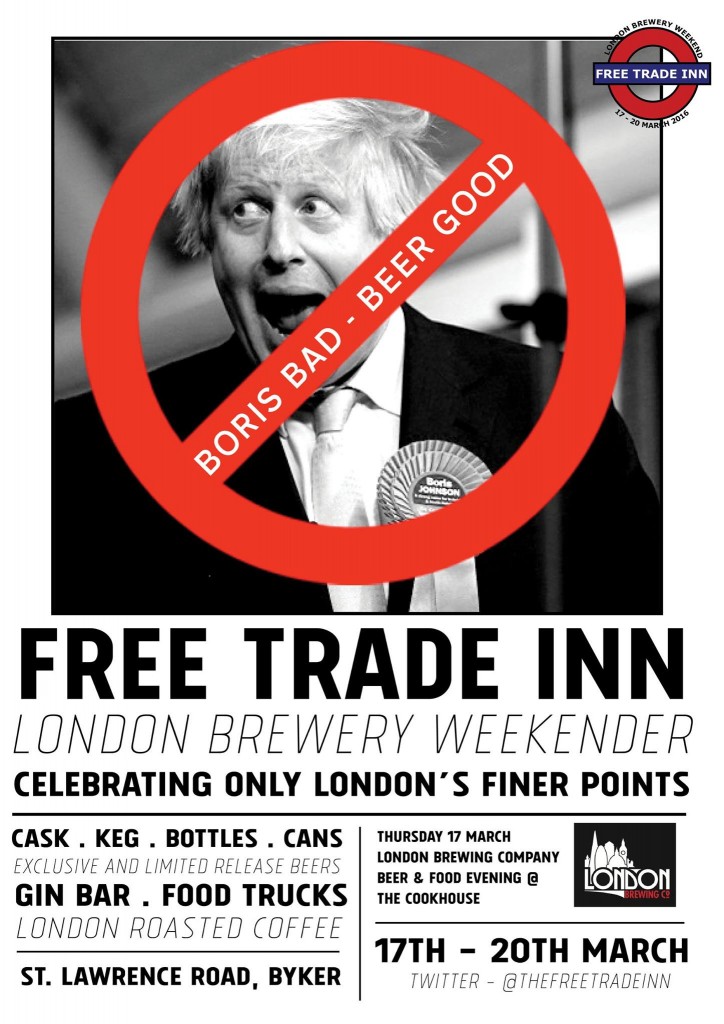 This years’ festival will run from Thurday 17th through Sunday 20th March and it is promised that it will be bigger and better  than that of the previous years. The pub has recently had a bar and cellar refit allowing for an increase in keg and cask lines which will be available (10 keg and 9 casks on the main bar, plus a temporary bar dedicated to kegs).

Some big names in the London beer scene will be making an appearance such as Beavertown, Camden, Kernel, LDN Brew Co, Partizan and Redchurch. Along with others such as Bullfinch, Howling Hops and Crate.

As per usual, there will be a dedicated Gin bar with 7 gins annouced so far here.

Coffee will also be available (still to be announced) for the non-drinkers in the room or for the coffee consieur who just fancies a change of pace from the alcohol.

To soak up all this lot, some of the regions finest street food vendors will be on site over the weekend, helping to keep some of the hangover at bay.

Best of luck to Michael and the team, I’m sure it’ll be another memorable weekend!